Although xu chang had long made a name for himself in the global wig trade, few black women initially knew that their wigs came from xu chang.

For a long time, sellers in the wig industry kept the provenance secret - insisting it was 100 per cent Indian, Vietnamese and couture.But now, on Instagram and video YouTube, more and more Chinese faces appear in various video, holding a wig 360° to explain the details of workmanship.On Ebay, you'll find lots of wigs from places that say China.

A 22-inch real hair from India costs three or four thousand yuan a kilogram, and a short one costs one or two thousand yuan.When Indian women could not afford to worship the Lord, they cut off their hair and gave it to a temple.The temples sold the hair to merchants, and over time it became a gray industry, with some thriving temples earning more than 100 million yuan a year just from selling human hair. 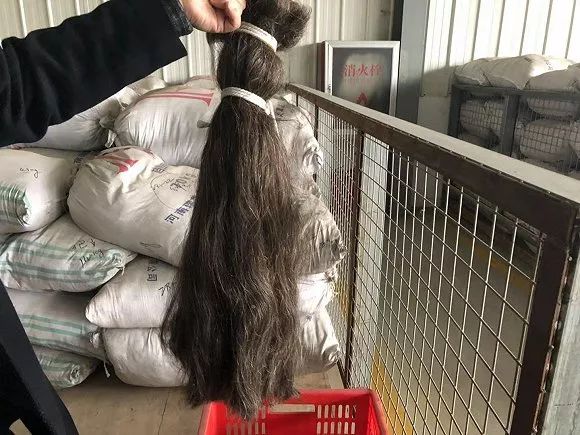 The industry has another name for such hair: virgin hair.

Virgin hair is the unpermed hair cut from a young girl's head.Their hair stood up to rinsing, ironing and styling, and the brittle hair of the middle-aged was often tinged with grey hairs that could not be tinted.

The best quality of "virgin hair" is the hair of girls in remote mountainous areas of China.In the past, people went to the mountains to collect hair, soil and water conservation and rarely hot dyeing, the damage to the hair is low.

Those experienced old masters can tell whether the hair is from yunnan, fujian or India at the touch -- "an expert knows when to touch" is a common saying in the industry.For many people, a wig made from virgin hair is different from other wigs in terms of energy and vitality -- it looks like it can make you look younger. 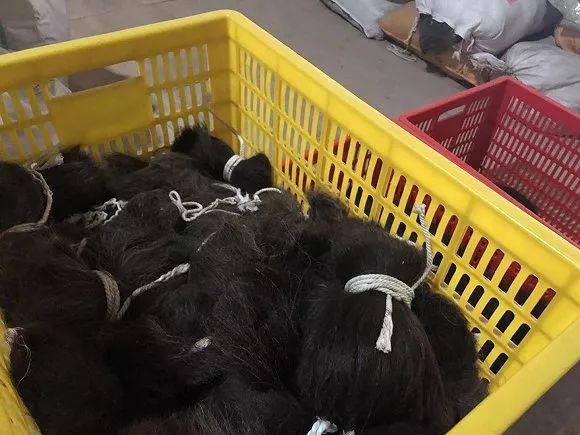 Most of them came from xuchang, a city in henan province far from the coast.

There are more than 5,000 wig workshops in xuchang -- China is the world's largest producer and exporter of wigs, among which xuchang's wig exports exceeded $1 billion in 2016, accounting for more than half of China's exports.The business now supports more than 200,000 people in xuchang.Among them, Rebecca, the most famous wig company in China, originated from xuchang.

Another famous local call beauty hair wig company, its wei industrial park there are a lot of wig factory, beauty is one of the largest - they have 10 container type of a huge plant, goes into a house you will see the factory workers are expertly with perforated strainer down a lot of hair, the other in a pile of boxes is not a processed hair, be tied into different length.

"This one costs 30,000 RMB, and we call it black gold."Rui mei true hair financial manager peng song casually grabbed a handful of hair, said to the interface news.

In India, hair is offered to women in temples.

And xu chang's whole wig industry, is from the street to collect hair from the beginning.

Zheng yongqiang, founder of the wig company longshengyuan, which sells tens of millions of yuan worth of wigs every month, was a hair collector in his early years.

When he was 16, he traveled around the country with his relatives on a green train to collect his hair. He carried a pair of scissors, a mirror, a ruler and a steelyard.Some sold costumes to xi zi, others to foreign wig factories -- when he was a child, he cooked at home, breaking bread sometimes to eat his hair.

In xuchang, such as zheng yongqiang hair started many people.Zheng youquan, founder of the wig company Rebecca, used to be a street vendor collecting hair.The hair that people collect is simply treated and then tied up with twine, which is called "file hair". 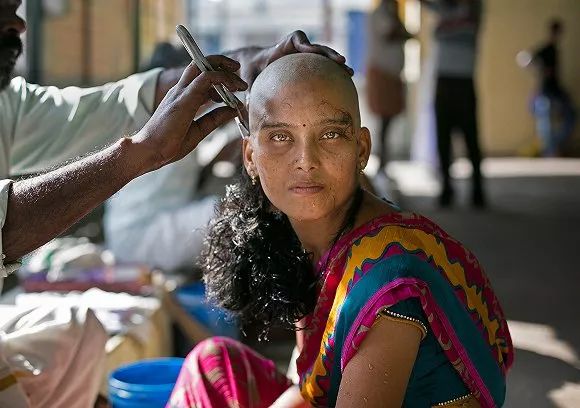 The earliest legend about xu chang's hair collection was in the qing dynasty.In 1900, a German businessman came to xuchang and changed his hair with "flying horse" steel needles needed for women's needlework. Then he sold human hair to Europe and America for profit."Xuchang county annals" recorded the grand occasion of hair collection in xuchang west quandian village: "before 1982, there were hair traders on both sides of quandian street, and there were 200 or 300 families engaged in hair trading on the street, including bristles and ponytails.

But now, those who travel all over the country to collect their hair are losing business.

As China's per capita income rises, fewer people are willing to sell their hair.They are looking to other countries, including xu chang's big wig makers, which have their own real hair sourcing companies in places like India, Pakistan and Vietnam.The "black gold" in the real estate factory is sourced from these places, and it is getting harder and harder for Chinese people to collect.

Now you know how these wigs come from, henan xuchang is currently the world's largest wig production base, the world's wigs are basically from here.